Below are all of the media links to the different ways we have impacted and taken part in our community. Learn more about how we work together to create a community of wellness.

Effective communication helps Carizon to build relationships, to provide educational resources and to create awareness of how we can help. 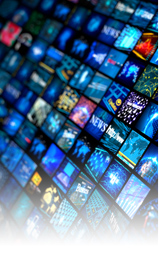 Steven Page shares his story about his struggle with mental health

The Record and the New Hamburg Independent

Carizon Announces the Sale of Its Property in St. Agatha

Listen to the Podcast

Kitchener Charity at Top of Canadian Leaderboard for Ride for Refuge

Waterloo Man Running for a Cause at the Boston Marathon

Can Volunteering Really Help Your Career

Managing Anxiety, Depression and Loss During the Holiday Season

Curbing the Adverse Impact of Financial Stress on Workplace Productivity

Community and Home – What it means to be a volunteer

How to talk to your kids about the Boston bombings

Budgeting for next Christmas should start now, credit counsellors say

OR VISIT OUR BLOG FOR INDEPTH ANSWERS!

Would you like to register for a Carizon event?